“document”> Return to homepage × You have actually lacked free articles. You can support our newsroom by joining at our least expensive rate! Already a customer? Loading & hellp;
No thanks, go back to homepage. × Sign Up Today and Support Local Journalism Delight in more posts from Racine's Most Trusted Information Source. Customers can log in for unrestricted digital access 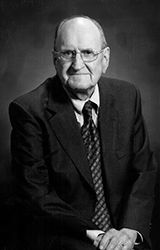 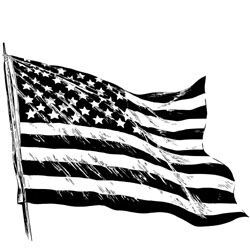 June 8, 1923– July 16, 2020 RACINE– Glenn Richard Coates, age 97, passed away Thursday, July 16, 2020 at this house. He was born in Thorp, Wisconsin on June 8, 1923, kid of Alma (Nee: Borck) and Richard Coates. He finished as valedictorian from Thorp High School in 1940, completed four terms at Milwaukee State Teachers College, and one term at the University of Minnesota Law School before World War II disrupted his education. During the war, he served in the U.S. Army Signal Corp while stationed in the Pacific Theatre. On June 24, 1944, he was wed to Dolores Milburn of Duluth, MN. They were wed for more than 75 years, and, after the war ended, they were never apart up until her death on January 21, 2020. Following the war, Glenn went to the University of Wisconsin Law School, LLB, 1949, SJD, 1953. In the completion of his LLB degree, he was released in the UW Law Review and was confessed to the Order of the Coif. Post-graduation, he received a grant from the UW College of Agriculture to study Wisconsin farming water usage, together with Wisconsin's and different other states'water and watering laws, and to present suggestions. His study was instrumental in the adoption of a comprehensive program of statutes governing agricultural water use in the State of Wisconsin. Later, he got a Carnegie Fellowship to finish his thesis on Chattel Secured Farm Credit in Wisconsin. This accompanied the across the country adoption of the Uniform Commercial Code, and Glenn became the acknowledged national expert on the “law-in-action” application of the UCC to farm financial resources. He spoke and composed widely on the subject, and was confessed to the American Law Institute at the age of 32. He was Chairman of the Wisconsin Judicial Council from 1969-1972, Chairman of the Board of Governors of the State Bar in 1973-1974, and President of the Racine County Bar Association in 1975-1976.

Glenn and Dolores settled in Racine in 1952, and stayed here for the rest of their lives. Glenn practiced law here, representing Racine clients in personal practice, and later as General Counsel for Racine Federated, Inc., till he finally retired in his mid-eighties. He was on the Board of Directors of Pioneer Savings and Loan and Racine Federated, Inc.

. Glenn worked as Chairman of the Board of Directors of St. Luke's Memorial Hospital from 1973-1976. He was President of the Racine Area United Way from 1979-1981. He served on the Board of Curators of the State Historical Society from 1986-2001, and as President of the Wisconsin State Historical Society, 1995-1997, and was designated Emeritus Curator in 2010. He was on the Board of Directors of the Racine Community Foundation, 1983-1989. He also served on Boards of Directors of the Wisconsin History Foundation, 1983-1999; the Historic Sites Foundation, 1987-1989; St Luke's Hospital & & St. Mary's Medical Center Healthcare Foundation, 1992-1996. Throughout the years he served in a host of governance functions for First United Methodist Church. In 1981, Glenn was named “Citizen of the Year” by Racine VFW Post 1391, an award he shows a remarkable group of Racine's leaders.

Glenn was a romantic; he wore his love for his spouse on his sleeve constantly. He was an avid fan of the University of Wisconsin, and a substantial Badger football fan. He was a kind father. And he enjoyed martinis.

Glenn will be dearly missed out on by his son, Richard W. Coates; child, Cristie Leto, and son-in-law Anthony Leto; grandchildren Ellison Coates, Glenn C. (Lauren) Coates, Richard V. Leto, Robert M. Leto, Anna J. Leto; and great-grandchildren Truman and Roxy Coates; other loved ones and numerous dear friends and colleagues. In addition to his moms and dads, Glenn was preceded in death by his bros Merlin (Virginia) Coates, and Raymond (Doris) Coates, and his sister Roxy (Tom) Larson.

The family wishes to extend an extremely special thank you to Aurora at Home Hospice, specifically Holly, and to LeAnne DeBoer for her loving and compassionate care.

To plant a tree in memory of Glenn Coates as a living homage, please visit Tribute Store.

Sign up to get the most recent local obituaries delivered to your inbox.